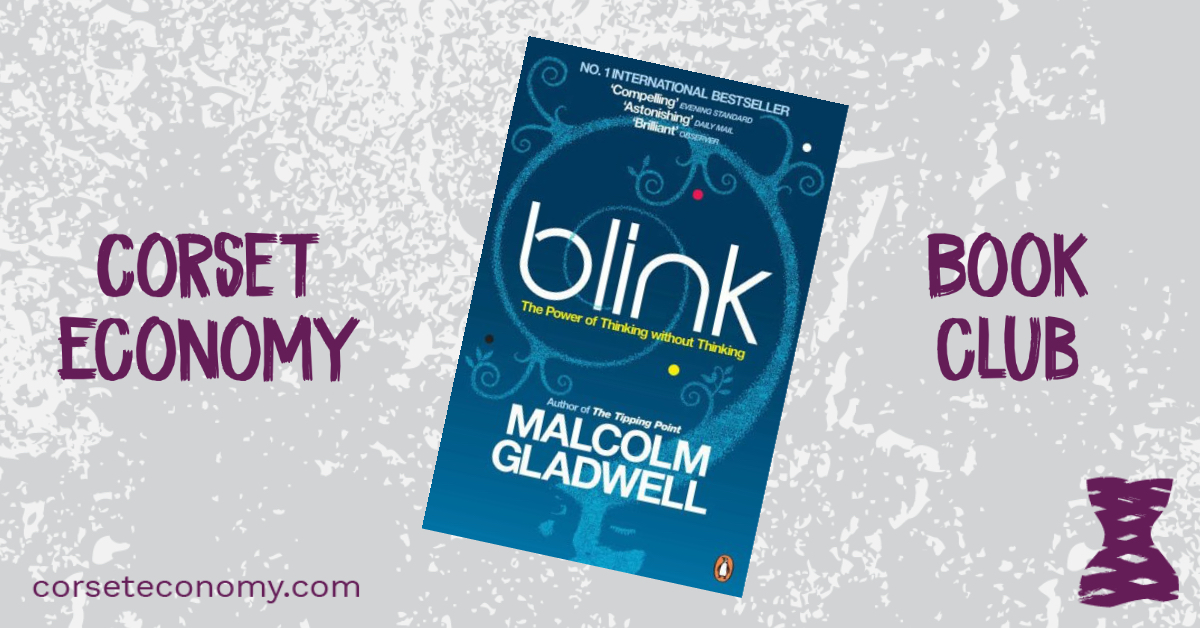 Now you’ve had a enough time to read all five of our latest Book Club picks we’re bringing you another! Blink: The Power of Thinking without Thinking is a fascinating book by Malcolm Gladwell about the content and origin of our snap judgements we make in our everyday lives. In order to make these instantaneous impressions and conclusions we use a process of ‘thin-slicing’, whereby the unconscious parts of our brain seek and find patterns in situations and behaviour. This is how we make our way through the world, but the problem with this process of pattern recognition is that it is based on very narrow slices of experience, so there are times when our assumptions are biased or incorrect and it doesn’t work.

For many of us, the instinctive solution is simply more quantifiable, rational analysis. Chapter four, which discredits this, is our favourite. Gladwell recounts the remarkable story of one of the most expensive wargames conducted by the Joint Forces Command (JFCOM) unit in the Pentagon unit for the US Army. The purpose of this exercise was to test the Army’s ability to deal with diffuse conflict, using a formal decision-making tool that monitored the enemy’s political, economic, social systems as well as military systems and highlighted where their system vulnerabilities lay. They hired an ex-Vietnam veteran, Paul van Riper, to play the rogue commander. Van Riper was convinced that war was inherently unpredictable and non-linear, and his team operated on a concept of being ‘in command and out of control‘, i.e. overall guidance and intent provided by the leadership, but forces in the field were able to use their own initiative and innovativeness.  The army was expecting rational and logical behaviour, whilst this was unrecognisable to the computer. As a result, the enemy team was able to inflict enormous losses on the Army team. In van Riper’s words, “They were so focused on the mechanics and the process that they never looked at the problem holistically.”

Gladwell describes how our brains respond to high stress situations by limiting the amount of information processed. There is an optimal state of ‘arousal’ when stress improves performance, but when it rises above this level, complex motor skills and other forms of cognitive functioning become impaired by an increasing narrowing of focus. This means that we have heightened awareness of the threat, but it comes at the expense of wider contextual issues. For this reason, it is critical to rehearse behaviour in times of stress.

Head over to our Instagram, Facebook or Twitter pages and let us know what you think of the book. If you’d like to explore these ideas more, better understand where your hidden assumptions lie and learn how you can use the future to rehearse your behaviour, join us for another Masterclass this Monday to become more resilient in an uncertain world. Just make sure you’re signed up to our mailing list and you’ll get your Zoom link on the day.

Gladwell, M (2005) Blink: The Power of Thinking without Thinking. Penguin.