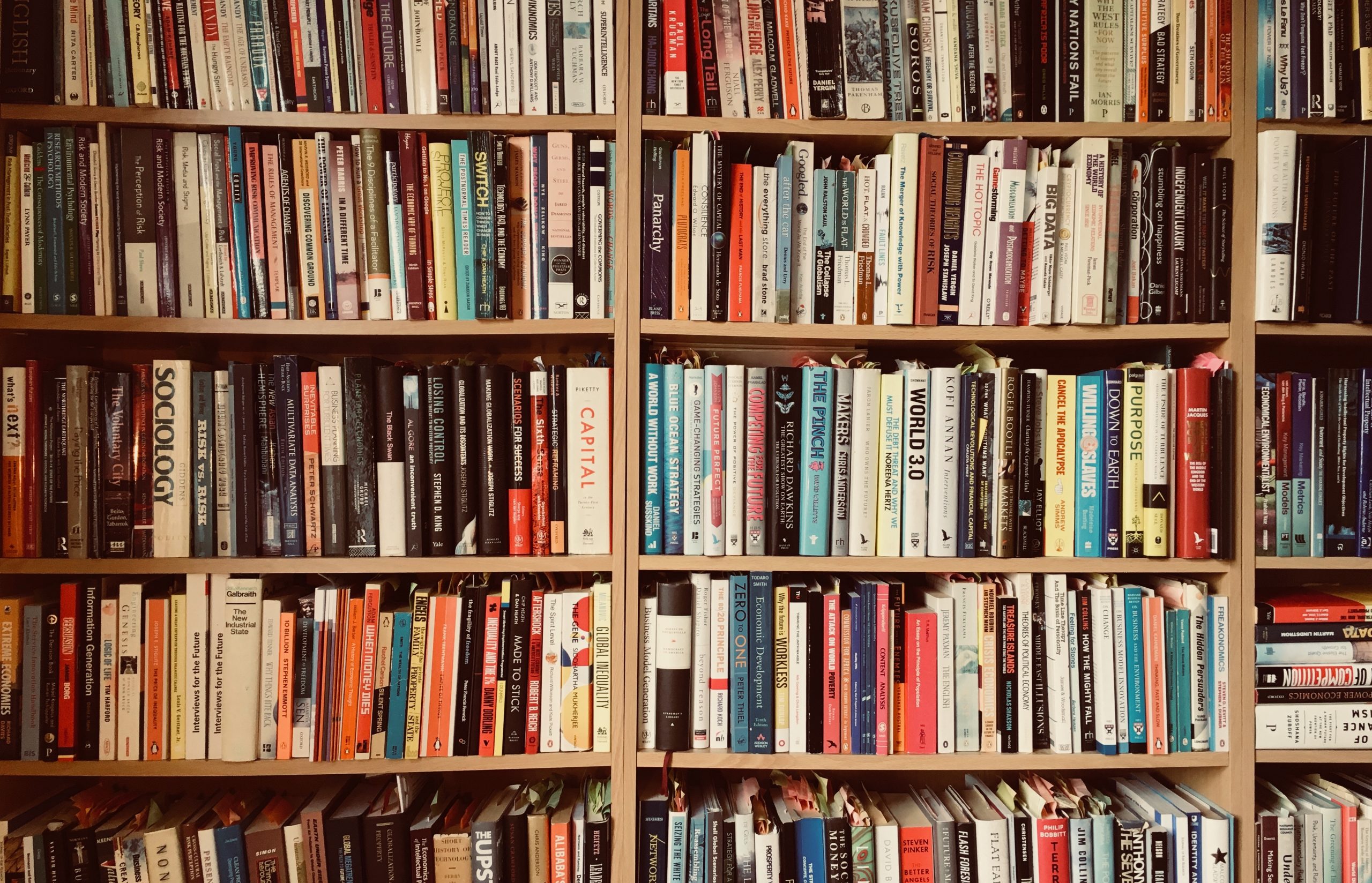 Here at the Corset Economy we LOVE to read. As research for this project we’ve read hundreds of books covering everything from economics, behavioural science, technology and the environment – and built this treasure trove of a bookshelf in the process! We get that many of you are equally curious people interested in better understanding what’s going on in the world, but you don’t always have time to sift through what you should be reading – what books are really worth it?

So to help you out we’ve picked up some of our favourites that have had the biggest impact on us over the years and really helped to influence our thinking on the Corset Economy in particular.

Switch: How to Change Things When Change is Hard by Chip and Dan Heath

This is one of the books I keep a stack of at home to gift to friends, acquaintances – anyone who needs it. The Heath brothers are some of my favourite non-fiction writers with really interesting topics, and really accessibly written and this book is their best in my opinion. I first read it about five years ago when I was stuck in an organisation where I wanted to create change but didn’t know how. Their exploration of the idea of the Rider (rational) and the Elephant (emotional) to direct change blew my mind when I first read it. It completely changed the way I think – and helped me stop banging my head against a brick wall in the process! It’s full of lots of tips and strategies told through engaging case studies and studious research. A must read for any change maker – whether in your own life or the world around you. – Leila

Treasure Islands: Tax Havens and the Men who Stole the World by Nicholas Shaxson

If you are interested in the real world of James Bond, look no further than the book Treasure Islands. While global offshore tax systems may not seem like the sexiest topic, this book will change your mind! We had a glimpse of these inner workings when the Panama Papers were revealed in 2016 – implicating many heads of state and their family members, top government officials, non-governmental organisations, celebrities and business leaders, but Shaxson was ahead of the time, sounding the alarm five years prior. Treasure Islands will give you insight into some of the problems economic globalisation has caused, such as cutthroat competition for real investment in the developing world and the siphoning off of corporate profits into low-tax-rate jurisdictions. It makes one understand why it is so hard to stem the flow offshore, and why the extensive regulations introduced into the financial system create bureaucratic hurdles for most of us – and a convenient maze to be circumvented by the rich and powerful. – Shirin

I originally picked up this book when I was researching a paper on wisdom and when I read about Postnormal Times it was like all the change I was seeing around me, in our politics, media and economy started to make sense. Sardar describes the Postnormal world as one full of chaos, complexity and contradictions, and if that’s not a sensible way to describe out current world I don’t know what is! I love his writing, it’s so engaging and fresh, but in this book you get not only him but bonus writers too (including the Corset Economy’s very own Shirin Elahi) all exploring different angles around “Postnormal”. Fair warning, it’s a collection of academic papers so some of them are a little *ahem* denser than others… But most of it is still really accessible read, and a great one to dip in and out of, as it’s made up of lots of shorter papers. For anyone interested in making sense of the seemingly crazy world unfolding, one to add to your reading list! – Leila

Linked: The New Science of Networks by Albert-László Barabási

I spent years trying to figure out why the world seemed to be changing in ways I didn’t understand, and for me, this book was the lightbulb moment. It opened my eyes to something that had simply never occurred to me, or indeed, for that matter, to most of the regulators and economists around us. It enabled me to understand not only that there were fundamental differences between physical networks and digital networks, but that these differences in nature and properties meant that they functioned in ways that were totally non-intuitive. Barabási was the researcher who first identified the scale-free properties that govern the Internet over two decades ago. This type of network is governed by power-laws, with disruptive exponential growth rather than the incremental linear growth of physical systems we understand.  A bit like an airline routing system, it costs little or nothing to add extra users, enabling the network to scale until it hits limits to growth. Barabási also explains how ‘preferential attachment’ and ‘fitness’ can create ‘super-hubs’ such as Google, which then have the characteristic we are increasingly seeing in the digital world around us: a single hub that achieves extreme ‘winner-takes-all’ network effects. Linked helped me to realise that the fundamental properties of physical and digital networks are diametrically different in terms of scalability and replicability. In later books Barabási has turned his attention to biological systems, disease networks and human behaviour, but for me understanding the dynamics of digital network effects is the most critical of all. – Shirin

The Collapse of Globalism: and the Reinvention of the World by John Ralston Saul

If you want to understand globalisation better – this is the book that will do it. And it’s not just me who thinks so! I first read this book after someone I met at a conference pushed it into my hards and urged me to read it after a conversation we’d had. This book opened my eyes. It also made me realise how history repeats itself—and how little I knew about it. In the first chapter he quotes Keynes writing in 1919 about the first wave of globalisation and its end with the First World War. In this book, as relevant now as when I first read it over a decade ago, John Ralston Saul, a Canadian political philosopher and intellectual, investigates the nature of today’s ‘serpent in paradise’. He challenges the notion that globalisation is inevitable and argues that it is doomed to fail. From this perspective, the growing geopolitical tensions and rising protectionism we see around us, exacerbated by Covid-19, are simply early warning signs of this taking place. – Shirin

Read any of these already? What did you think? Head over to Instagram or Facebook to give us your feedback and join the conversation.